Skip to content
Home Bill's Posts Tales from the Field…

Conservation work – protecting Special Places – doesn’t just happen by itself. It takes a lot of hard work and perseverance. It takes a lot of miles traveling on the back roads of our great country. And sometimes it takes a little creativity. Here, Bill Turner tells of one creative encounter from his days at The Land Conservancy that paid off. 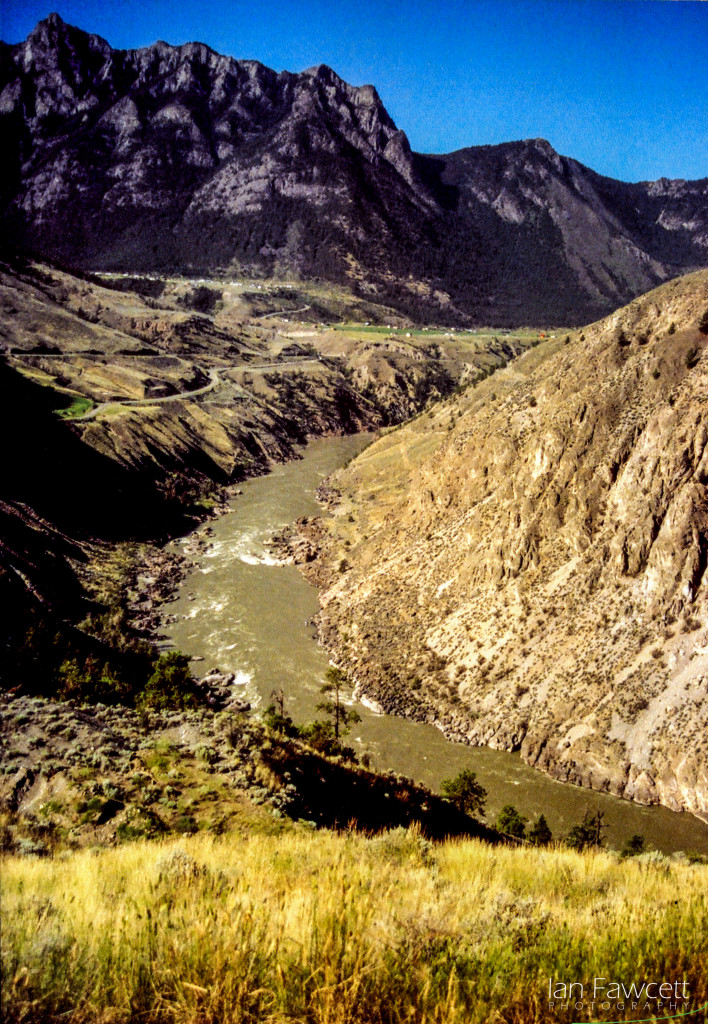 June 1998. We had been waiting for several hours at the junction, and not one vehicle had come through our little roadblock. It was hot and tinder dry here on the east bank of the Fraser River, in the Cariboo grasslands. Nichola and I had started out early that morning from Turin Lake near Clinton. We drove for about two hours on the dusty road to this point where the roads to Churn Creek and the Gang Ranch divide. Just north of here the Gang Ranch road is joined by the overland route to Williams Lake. At this particular point in the road we knew that we were absolutely certain of intercepting any vehicles driving west into the Churn Creek Protected Area.

We settled down to wait, knowing that at some point today, as he did every Wednesday, Ron would have to pass here on his way back from buying supplies in Williams Lake or Kamloops. We did not know what Ron looked like, what his truck looked like or when he would reach our point. And we also had no idea if he would want to talk to us. But this was the only option we had to contact him – he had no phone, no radio and no electricity at his home.

I sat in the shade of the truck cab. Nichola had made her way up the side of a small bank where she could see the road toward Gang Ranch and kept busy writing an article she needed to finish. After some time, she hollered and pointed north. There it was, the first vehicle of the day. We saw it first as a rising cloud of dust, then the small shape of a truck appeared in the distance. Five minutes later he pulled up beside us. The truck was piled high with bags of feed, boxes of supplies, rolls of fence wire, some fence posts, large fuel drums and some sheet metal. A typical supply run in these ranching areas.

On these roads when you see a truck stopped at the roadside, you stop: “Did we need help?”

“No. We are looking for Ron. Are you Ron?” He could see from the logo on our truck that we were from The Land Conservancy.

There is a pause, a longer pause, then a cautious “Yes. Why?”

So began a relationship that was to shape the future of Talking Mountain Ranch (also known as Reynolds Ranch) for the next decade. At that time, Ron was the manager of the Empire Valley Ranch. He and his family lived at the ranch headquarters on the other side of the Churn Creek Protected Area. But Empire Valley Ranch had just been purchased by the BC Government, as a wonderful addition to the Churn Creek Protected Area, so Ron and his family were soon to be homeless.

We (i.e. The Land Conservancy), on the other hand, had just arranged the purchase of the Reynolds Ranch, about 30 kilometers South of Empire Valley, near the Big Bar Ferry, and we needed someone to operate the huge (75,000 acre) ranch. We believed, and we hoped to demonstrate, that land conservation and active ranching could co-exist and be of mutual benefit. And we needed an experienced rancher to help.
We knew it would be a challenge. Reynolds Ranch (later renamed to Talking Mountain Ranch) was in pretty bad shape, having been neglected for several years. We talked about what needed to be done. We talked about the opportunities. We talked about cattle and ranching and conservation. Ron was interested, and we arranged to meet again the next day, along with his family, to talk about the details.

So, with our “stakeout” successfully completed, Nichola and I returned to a friend’s home near Clinton for the night and Ron continued home to Empire Ranch, still about an hour ahead. A long day for us but an even longer day for Ron, who had started out around 5:00 am and had hours of ranch chores to do when he got home.

The next day we drove again for 3 hours along gravel roads to our agreed meeting place. And it was a very good meeting. Ron and his family had talked it over, and were game to take on the new challenge. We like them a lot. They were a great team and it was clear to us that we’d need just such a team for this project to be successfully. With an agreement in place, and the future of the ranch and the conservation lands secured, we left them to make their plans and headed off for our next project at the Horsefly River conservation area. Mission accomplished.

Just two days in the life of a conservation field team.