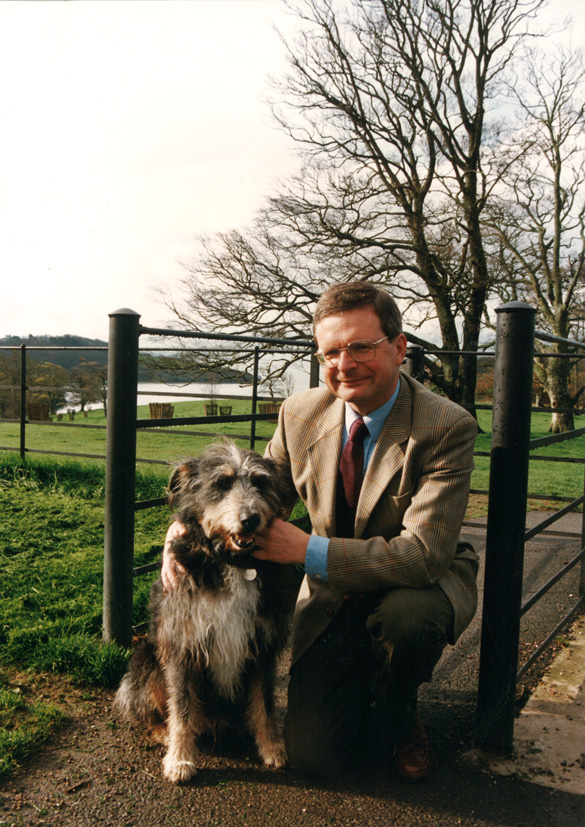 Peter Mansfield passed away at his home at about 6:00 pm on March 24th.

The National Trust movement lost a champion and a pioneer with Peter’s passing. Peter was passionate about The National Trust, he was passionate about Cornwall, and about his community.
Peter trained in law and then land management before joining the National Trust as a land agent in 1974, working in the south east then moving to Cornwall in 1980. He was responsible for the operational management of the Trust’s estate in the western half of Cornwall before becoming Regional Director, retiring in 2002. After ‘retiring’ he served as founding Chair of the Cornwall Area of Outstanding Natural Beauty Partnership which he represented on the World Heritage Site Board and the Rural Cornwall Partnership. He was chair and board member of the Cornwall Rural Housing Association and involved in the establishment of the Cornwall Community Land Trust. He was a member of the VisitCornwall Board until in 2014 his health forced him to withdraw.
Peter helped shape the National Trust holdings in Cornwall, he knew every inch of every property and was for many years the face of the Neptune campaign in the region.
I first met Peter and his wonderful wife Patsy in about 2004, shortly after he had retired. Peter was an inspiration to me. I already knew of Peter because he had been a very kind friend and mentor for one of my staff from British Columbia who was in Cornwall on exchange.
Peter and Patsy opened their doors, their hearts and their car to my wife and I and we spent many happy days over many happy years exploring Peter’s National Trust Cornwall. Peter was an amazing mentor and his love of all things Cornish was so obvious and so genuine. Over the years we attended AONB and NT events together and seeing Peter and Patsy was always a real highlight of our times in Cornwall. I wish we had taken more pictures of the pubs, the pub meals and the walks around Trelissick.
The National Trust has been blessed with many fine individuals through its history. For me, Peter stands out as one of their finest and carried on the spirit of Octavia Hill, Canon Rawnsley and Sir Robert Hunter, His legacy in land acquired and protected will be there forever for everyone. His legacy in people continues in the many members of National Trust staff that he mentored and who continue his purpose.
Posted by Bill Turner, INTO Vice-Chair Posted in April 2015 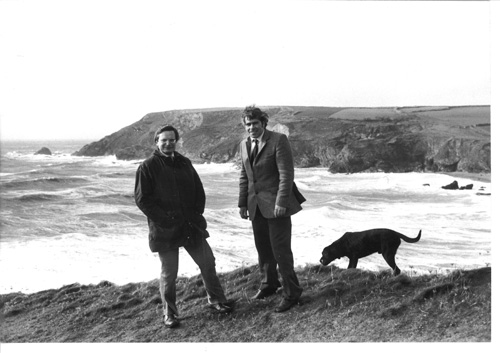 Peter and Mike Eastell (Area Warden at the time) near Gunwalloe, on the Penrose estate. 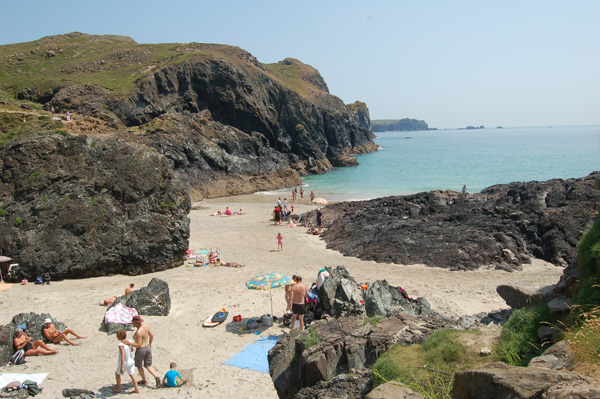